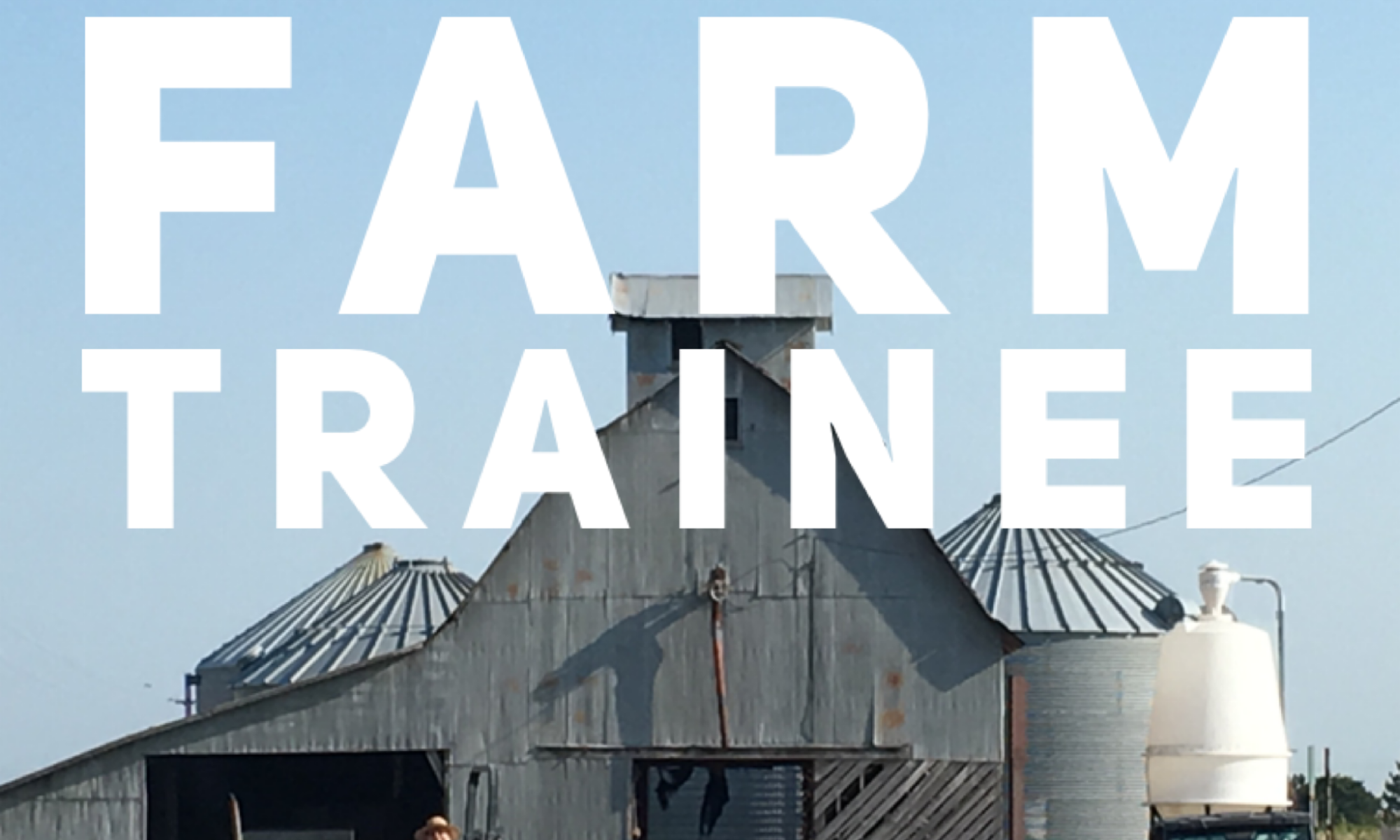 The Grain Place is current seeking a Farm Hand/Farm Trainee, to assist the Resident Farmer/Farm Manager in performing all tasks associated with the design, establishment, and subsequent upkeep of the farm to ensure a certified organic, sustainable and profitable model is maintained and the health of both animals and crops are kept at the highest level of current certified organic and Regenerative standards.

This person would help operate and develop the farm on behalf of the Foundation and family shareholders consistent with the philosophy and systems historically practiced (rotation plans, field layouts, etc.) and the vision and purpose of the Foundation to advance management of life forms in symbiotic relationships for the production of food, feed, and fiber through operations in cooperation with the local ecology and by providing educational programs.

The Farm Trainee would help develop innovative/non-conventional ideas and practices with a willingness to learn from failures as well as successes, a process requiring flexibility, adaptability, and capacity to document activities and results using available technology (pc, tablets, etc.)

This is an entry level position with opportunity for the right person to grow with the job.  This could be a full or part-time position.

More information, including who to contact regarding this position, is available on our Job Opportunity page.

Our 2020 Grain Place Foundation Field Day is now available to watch from wherever you are! You can see our Farm Tour, make a visit to Grain Place Foods, hear our keynote from Brise Tencer of the Organic Farming Research Foundation, or watch the panel discussion the followed the keynote.

The nine-year diversified, irrigated organic rotation at the Grain Place was established in 2002 with two replications and average plot size of 12 acres. There are five years of organic crops, and four years of hay and pasture. We analyzed corn and soybean yields and net returns for two cycles and compared these with conventional corn and corn-soybean rotations using average farm data from Hamilton County.

Organic yields were 30% lower for corn and 60% lower for soybeans than conventional monocultures; no conventional yield data are available for comparisons with our barley or popcorn. Organic farmgate prices are conservatively based on feed grain prices, rather than higher food grade prices. All organic grains were processed on farm by Grain Place Foods. Organic corn price was 101% higher than conventional, and organic soybean was 83% higher than conventional. Due to substantially lower input costs and even using conservative organic prices, the returns from the diversified organic system were impressive.

Net returns for the three years of organic corn and soybeans in the nine-year rotation (one year of corn, two years of soybeans) were positive for all but the first year. Organic net returns were higher than or equivalent to continuous corn or corn-soybeans for 16 of 18 years. The figure below shows the net returns after fixed and operating costs across two cycles of the rotation at GPF compared to county averages for conventional crops. Average net returns in the organic system were almost $300 acre, while returns for continuous corn were about $60/acre and for corn-soybean were about $150/acre; the difference is primarily due to lower production costs in the organic system plus price premiums.

These results have been used in classes at UNL in Spring Semester, 2020, and are posted on the GPF web site in July 2020. It is unclear why conventional farmers plant continuous corn in the county, when the county averages show a clear advantage to the two-year rotation. More important for us are the results showing that organic systems are consistently more profitable than conventional systems, and without the dangers for farmers of chemical exposure. They also reduce the pressure for even wider development of herbicide-resistant weeds, which would be an advantage for both conventional and organic farmers. Further analyses will evaluate the entire nine-year rotation to assess the value of diverse crop sequences to add resilience in yields and incomes to cropping and crop/animal systems in the Platte Valley of Central Nebraska.

Education in farming practices is most effective in the field, where hands-on activities provide new experiences for those without a farm background. One of the educational missions of the Foundation is to provide and opportunity for students to work side-by-side with experienced farmers on the long-term rotation and other projects under way at GPF. This summer we have two interns joining the farm team, and both are excited about this practical learning arena.

Jane Coghlan is an incoming junior at Arizona State University studying Sustainable Food Systems with a minor in Nutrition. She returns for a second year to join the GPF field team. Jane is from a small town in Texas called Argyle which is just north of Dallas. “I did not have any farming experience until my internship last summer at the Grain Place. I enjoyed it tremendously, so I came back again this summer to continue learning and building experience. I love farming because every day I learn something new and form a deeper connection to the land and animals. David Vetter’s way of farming with nature is a big inspiration to me. I hope to positively influence the world through organic farming like he is doing”. The resident farmers at GPF reported that Jane learned plenty in her time on the farm in 2019, and are delighted that she is returning for a second experience.

Jingyue Zeng is a senior Agronomy major at UNL and will graduate this summer. “I have devoted my passion to plants for all of my life, I have always liked to take care of plants and watch them grow when I was young. I have worked for a Chinese company in my hometown last summer, measuring, recording and reporting the growth of pineapple for 32-acre pineapple field, and helped to do weed management and prepare fertilizer mixtures. Organic farming has a special interest for me. I have also learned about the agricultural industry here by attending a meeting of the Nebraska Wheat Board”. Jinghue was a student in both the Agroecology and the Organic Farming classes at UNL this past spring, and is a volunteer intern at GPF this summer.

We look forward to welcoming additional interns to work with the farm staff at GPF, and can provide housing and a modest stipend when grant funds are found to support this important educational activity. In the near future, we’ll share interviews with these two interns here, in hopes that we can attract more students interested in learning about organic farming and livestock integration as well as value adding on the farm. If you have questions, please contact GPF board member Glenda Vetter for details on opportunities.

We are glad to have received a grant from the North Central Sustainable Agriculture Research and Education (SARE). Their Farmer Rancher Grant Program is a competitive grants program for farmers and ranchers who want to explore sustainable solutions to problems through on-farm research, demonstration, and education projects. We were awarded $9,000 for the project, “Sustainable Silvopasture Hog Production Compared to Drylot System.”

We look forward to being able to share what we learn about pasturing hogs. For more about SARE grants, click through.

This year, you can log onto our Grain Place Foundation Field Day from anywhere with internet access. Register ahead of time, and participate in conversation during our annual Farm Tour, and following the keynote presentation by Brise Tencer of the Organic Farming Research Foundation. As the sign at our driveway says, “How your food is produced does matter,” and there’s never been a better time to learn more.

We are eager to share what we’ve been learning from our decades of practice at organic farming, including through this year’s experiments in permaculture and in pasturing some of our pigs.

Join us on Saturday, July 18 from 10am-noon (Central). Register to participate in the webinar. As usual, the Grain Place Field Day Tour and Seminar are open to anyone, and free. (We’re sorry we can’t offer you the option of an organic lunch on the farm this year–you’ll have to find good food wherever you are!)

Find more details and the link to register on the Field Day page.

In cooperation with InternNE, Grain Place Foundation is offering a six week paid student internship at The Grain Place farm this summer.   Below is a brief description.   The scheduling is flexible between June 1 and August 15.  On farm housing provided.   If you know of someone who might benefit from this have them register on the InternNE website or contact Glenda Vetter at gvcp@charter.net or 308 383-1716.

The intern will learn the history of The Grain Place, Inc. and what has been done the last 40 years in regenerative and organic farming.  This includes a 9-year crop rotation and use of livestock in building soil health and carbon sequestration and how it affects the day to day decisions in farming.  Knowing the history of the farm will help them understand current and future research.  The intern will make suggests for the current data collection and documentation. The intern will help us to document ecological diversity.  They will be looking at natives in terms of plant, animal, and insect species and their density.

The Aurora News-Register featured this year’s Grain Place Foundation’s Field Day events and the “Dreaming of a Vetter World” film screening and Q&A with a set of articles over two week’s issues. We’re so grateful for the local spotlight on our work and on our part in a much bigger conversation about our food system and our common future. You can read summaries of the July 17 and July 24 articles online. Or click the links below for a pdf of the whole article!

The past three years have seen us struggle to find the right person(s) to carry on the farming at the Grain Place.  Thanks to the efforts of volunteers we have managed to keep the farm going through several changes of personnel.  We think we finally have the right folks in place stabilize farming operations and enable us to enhance our legacy as a pioneering organic farm. 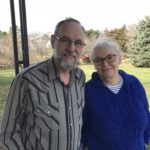 We have a new resident farm family living in the farm house! Raymond and Kathryn Hain moved in on October 28, and Raymond began as Farm Manager on November 1. They are both native Nebraskans, with a wealth of experience and education. Raymond farmed his parent’s family farm in east central Nebraska for several years before he and Kathryn served in Jerusalem as missionaries. Kathryn recently completed a PhD in History at the University of Utah. 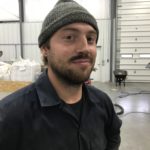 We are also pleased to welcome Travis Stumpf to the Grain Place farm team! Travis attended the Farm Tour Day in July and then began coming over from his home in Doniphan, NE to help out.  He became a full-time employee this fall. We are grateful to have his passion for regenerative agriculture, his desire to learn and youthful energy.